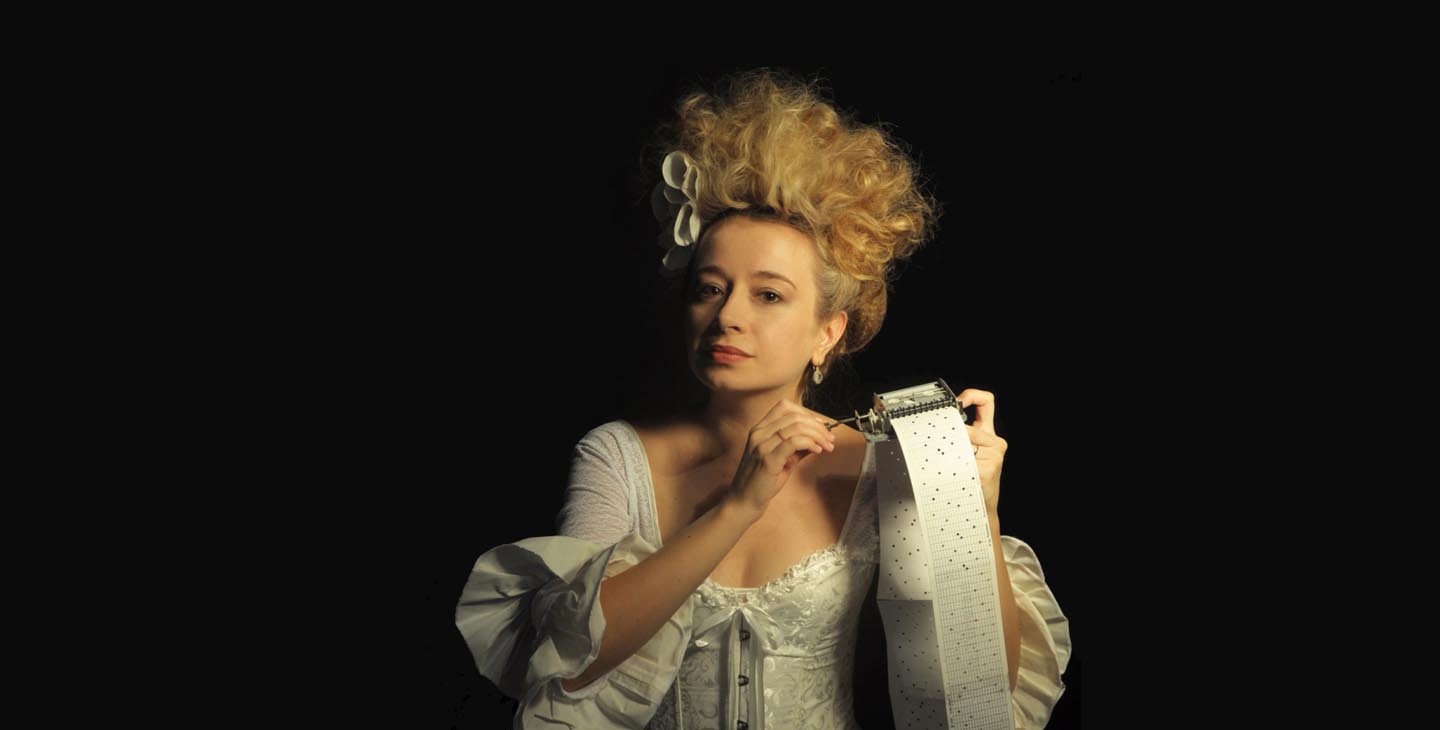 THE OTHER MOZART is an award-winning play telling the true, forgotten story of Nannerl Mozart, the sister of Amadeus – a prodigy, keyboard virtuoso and composer, who performed throughout Europe with her brother to equal acclaim, but her work and her story faded away, lost to history.

Sylvia Milo writes about the play

The play has had over 300 performances to date, including a run in London at St. James Theatre, a run in Munich at the Pasinger Fabrik, and in Hong Kong at the Hong Kong Cultural Center. It was presented in Vienna at the Mozarthaus Vienna (the “Figarohaus”, Wolfgang’s home on Domgasse) and in Salzburg at the invitation of the Mozarteum Foundation (inside the Mozarts’ Wohnhaus apartment). The play inspired the creation of an annual symposium on Maria Anna Mozart beginning the following year at the Mozarteum University in Salzburg, and was performed as part of its first edition.

The play is set in a stunning 18-foot dress (designed by Magdalena Dabrowska of the National Theater of Poland). Directed by Isaac Byrne, THE OTHER MOZART is based on facts, stories and lines pulled directly from the Mozart family’s humorous and heartbreaking letters.

Along with music composed by her famous brother and Marianna Martines (a female composer who inspired Nannerl), original music was written for the play by Nathan Davis and Phyllis Chen – featured composers of Lincoln Center’s Mostly Mozart Festival, BAM and the International Contemporary Ensemble – for the instruments Nannerl knew intimately, such as clavichords, music boxes, and bells, as well as teacups, fans, and other ordinary objects that might have captured her imagination.

With the opulent beauty of the dress and hair design, the sweet smell of perfume, and the clouds of dusting powder rising from the stage, the performance creates a multi-sensual experience and transports the audience into a world of outsized beauty and delight — but also of overwhelming restrictions and prejudice. There, in communion with the audience, this other Mozart at last tells her story.

History is made of stories we choose to tell and stories we choose not to tell. Nannerl Mozart was a brilliant musician whose story has been relegated for centuries as a footnote in her brother’s story. Her story is important today because it is NOT a tale of a singular villain thwarting and oppressing a female genius. It is but one example of a systematic tragedy happening innumerable times throughout history.

Virginia Woolf in “A Room of One’s Own” imagined what would have happened if Shakespeare had an equally talented sister. With Nannerl Mozart we can actually trace what happened. It is symbolic of so many other women’s stories, and it brings awareness to the inequalities that still persist today.

To bring this other Mozart, the sister of Wolfgang Amadeus, to people’s minds is to inspire them, and it brings women into the history of the great. We will never know the great benefit her music and her example might have done for the world in her time, but it is evincing truth, strength, and beauty in ours.